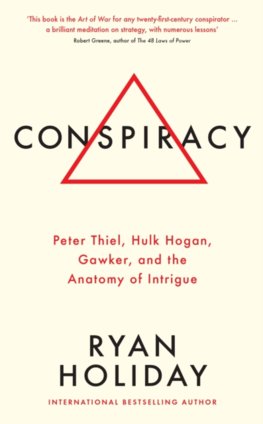 In 2016, one of the giants of modern journalism fell: Gawker Media, infamous for saying what other outlets wouldn't say, was sued for publishing Hulk Hogan's sex tape, lost the case and went bust. After countless other lawsuits it seemed that Gawker had finally run out of luck. But luck had nothing to do with it.

Peter Thiel, PayPal founder and billionaire investor, had masterminded the whole thing. Still furious at an article that had outed him ten years previously, and increasingly disgusted at Gawker's unscrupulous reporting methods, Thiel had spent nearly a decade meticulously plotting a conspiracy that would lead to the demise of Gawker and its founder, Nick Denton. After a multi-year proxy war through the Florida legal system, the settlement of $140million in favour of Hogan ended it.

The verdict would stun the world and so would Peter's ultimate unmasking as the man who had set it all in motion. Why had he done this? How had no one discovered it? What would this mean--for free speech? For privacy? For culture?In Holiday's masterful telling of this nearly unbelievable conspiracy, informed by exclusive interviews with all the key players, this case transcends the narrative of how one billionaire took down a media empire or the current state of the free press. It's a study in power, strategy, and one of the most wildly ambitious - and successful - secret plots in recent memory.

Ego is the Enemy

Ego is the Enemy

Stillness is the Key

I Heard You Paint Houses

A Snow Garden and Other Stories