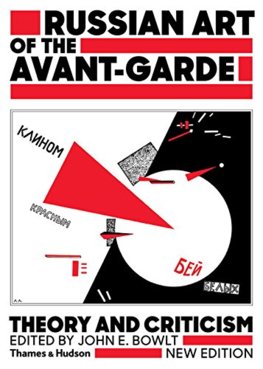 Russian Art of the Avant-Garde

During the first third of the 20th century, Russian art went through a series of dramatic changes, reflecting the political and social upheavals of the country and producing – for a brief, exciting period – a body of avant-garde work whose influence would eventually be felt throughout the rest of the world. Eagerly breaking with the past and absorbing the innovations of Europe, a new generation of young artists developed a host of fresh ideas and original styles, such as Neo-primitivism, Rayonism, Suprematism and Constructivism. John Bowlt has collected and translated manifestos, articles and declarations by the principal artists and critics of the era, including Kandinsky, Lissitsky, Malevich, Goncharova and Rodchenko, as well as many lesser-known but nonetheless key players. Illustrated with more than 100 rare photographs and facsimiles and supplemented by clear introductory essays, up-to-date biographical information and copious notes, this is the essential sourcebook for a clear understanding of the motivations and struggles that produced an extraordinary, seminal period in Russian art.