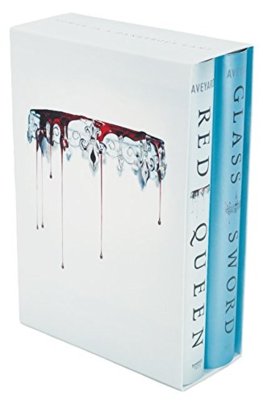 Power is a dangerous game.

Mare Barrow, a lowly Red in a world of red-blooded laborers and silver-blooded elites, thought she knew what her future held. But when she learns that her red blood has been disguising a secret ability, one usually reserved only for Silvers, her life is turned upside down. How will the Silver ruling class keep her secret hidden from the increasingly restless Red population and their Scarlet Guard revolutionaries? And how will Mare use her sudden power to change the caste system, the kingdom, and the world forever?

Doctor Who The Iron Legion