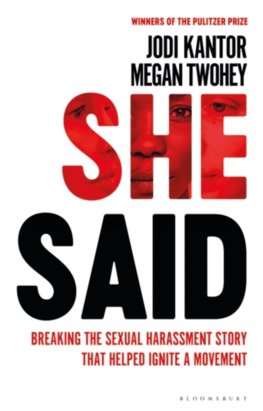 In She Said, Kantor and Twohey relive in real-time what it took to break the story and give an up-close portrait of the forces they were up against. They describe the experiences of the women who spoke up for the sake of other women, for future generations, and for themselves. Their stories have never been told in this way before.