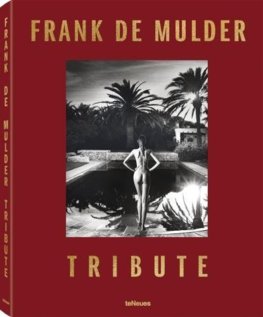 For De Mulder’s longtime fans, this title is the Belgian photographer’s most comprehensive to date

FRANK DE MULDER is a Belgian photographer whose work has been featured in Playboy, FHM, Maxim, and Elle; sold as fine-art prints to collectors across the world; and used in top advertising campaigns. He’s the author of Senses (2007), Pure (2010), Glorious (2013), and Heaven (2015)—all published by teNeues.