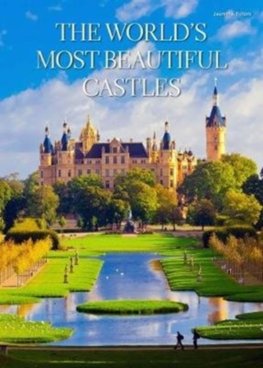 The Worlds Most Beautiful Castles

When the Roman legions could no longer successfully defend the borders of the Empire, and its territory was prey to raids and invasions by foreign peoples and armies, there arose the need for a new form of defence. Thus were castles born, along with the development of feudalism and the era now known as the Middle Ages. Placed in isolated positions, often on high ground, castles would become more and more widespread throughout Europe and beyond.

Increasingly fortified, to respond to the evolving weapons of the day, they would be built in cities as well and become symbols of power, at times transformed into palaces decorated to represent the glory of their lords. This form of architecture flourished not only in Europe, but also in Asia and Africa, due to the Crusades and colonial expansion. Thus it would eventually reach the Americas ï¿½ where more recently it would be repurposed as a form of romantic-gothic architecture ï¿½ and take on new connotations.

This book, rich with splendid illustrations and in-depth historical and artistic entries, will take readers on a tour through the world's most beautiful castles, where they will get to know architectural styles of this fortification that has had such importance in human history, and which still today fascinates visitors all around the world.

Decorating with Pompoms and Tassels

The Science of the Tour de France