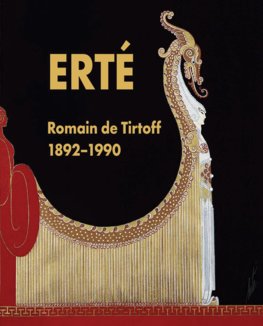 Anniversary edition celebrating the life and work of Romain de Tirtoff, better known as Erté, whose illustrations for Harper’s Bazaar and Vogue made him one of the most sought-after artists of the 20th century.

Romain de Tirtoff (1892–1990), who changed his name to Erté (‘R’ and ‘T’ in French) when he left his native St Petersburg for Paris in 1912, became one of the most sought-after artists of the 20th century. His illustrations for Harper’s Bazaar and Vogue remain classics of the genre, proving that mass art can be genuine art. His work as stage, costume and fashion designer in Europe and America combined an eye for fashion and elegance with a sense of theatricality. In the early days Erté worked closely with the couturier Paul Poiret; he then took his remarkable talent to the stage, producing numerous designs for the revues and shows that were so popular at the time, as well as to film with his work for MGM. Mata Hari, Lillian Gish, Anna Pavlova and George Balanchine were just some of those whose costumes were designed by Erté. Even when his fame dipped, Erté remained true to his life’s work, continuing to create his wonderfully refined and delicate drawings, including the popular Alphabet series.

History of Church in Art