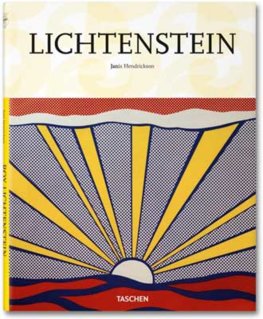 One of the most important exponents of Pop Art

In the late 50s and 60s, American painter Roy Lichtenstein (1923-1997) became one of the most important exponents of Pop Art—that movement which transformed products of mass consumption and the entertainment industry into subjects for art. This apotheosis of banal, everyday objects simultaneously constituted a criticism of the traditional elitist understanding of art.

Almost alone among artists, Lichtenstein pursued the question of how an image becomes a work of art. Wholly in keeping with the spirit of the Classical Modern, he held that it was not the "rank" of the picture's subject that lends the picture its artistic character, but rather the artist's formal treatment of it. To Lichtenstein, however, this position seemed far too broad to be seriously pursued.

Developed in the early 60s, Lichtenstein's grid technique, with its allusion to the mass-production of graphic art, allowed the painter to give vent to his own artistic scepticism. In the 60s and 70s, Lichtenstein expanded his formal repertoire of techniques for creating distance and irony by means of an idiosyncratic process of abstraction and especially by his use of his numerous art quotations.