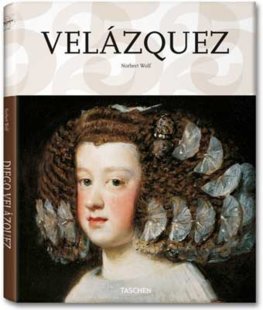 The face of Spain

The undeniable pinnacle of the golden age of Spanish painting

Acclaimed for its blending of realism with atmosphere, and for its deeply sensitive appreciation of character, the work of Diego Rodríguez de Silva y Velázquez(1599-1660) represents the undeniable pinnacle of the golden age of Spanish painting.

Born in Seville but of Portuguese origin, Velázquez became Court Painter to Philip IV in 1623. A steady worker, using primarily sombre low-toned coloring, he met Rubens in 1628, and soon after made a first trip to Italy. The pictures painted there reveal a growing interest in both color range and in the male nude.

Velázquez only returned to Italy once again in the late 1640's, where he painted his famous portrait of Pope Innocent X and his only female nude, the "Rokeby Venus". But his greatness lies perhaps in his empathetic studies of such characters as the dwarf playmates of the royal children. The weathering of the skin, rags and mortality, as well as the ageing face of the despondent monarch increasingly preoccupied him in later years. The power, insight and brilliant technique of these paintings were to prove profoundly influential on such later artists as Manet, Delacroix, Picasso and Bacon.

Yayoi Kusama: Every Day I Pray for Love