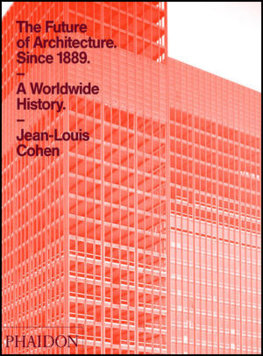 Jean-Louis Cohen
The most comprehensive and far-ranging single-volume history of twentieth-century architecture
59,95 €
Na objednávku
Truly far-ranging – both conceptually and geographically – The Future of Architecture Since 1889 is a rich, compelling history that will shape future thinking about this period for years to come. Jean-Louis Cohen, one of today’s most distinguished architectural historians and critics, gives an authoritative and compelling account of the twentieth century, tracing an arc from industrialization through computerization, and linking architecture to developments in art, technology, urbanism and critical theory. Encompassing both well-known masters and previously neglected but significant architects, this book also reflects Cohen’s deep knowledge architecture across the globe, and in places such Eastern Europe and colonial Africa and South America that have rarely been included in histories of this period.

This comprehensive history is richly illustrated not only with buildings, projects and plans, but also with publications, portraits, paintings, diagrams, film stills, and exhibitions, showing the immense diversity of architectural thought and production throughout the twentieth century.

A Place for All People : Life, Architecture and the Fair Society