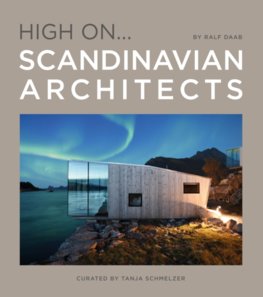 Scandinavian design is a movement characterised by simplicity, minimalism and functionality that emerged in the early 20th century, and subsequently flourished in the 1950s throughout the five Nordic countries: Norway, Sweden, Finland, Denmark, and Iceland. Scandinavian designers are known especially for household goods including furniture, textiles, ceramics, lamps, and glass, but Scandinavian design has been extended to be an influential movement in architecture and industrial design. High On...Scandinavian Architects presents twenty-eight architects from Scandinavia with their latest projects from the areas of residential, commercial and public buildings.

Whether large or small, sharp-edged or soft, coarse or fine, the architecture depicted in this volume is characterised by the iconoclastic flair of Scandinavia.

New Treehouses of the world

Hybrid Food Retail: Staging the Supermarket for the Experience Economy