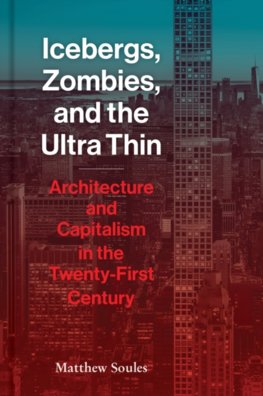 Icebergs, Zombies, and the Ultra-Thin

Goncalo Viana lives in his hometown of Lisbon, Portugal, a city famed for its bright lights and custard tarts. Though trained as an architect, Viana works as an illustrator for newspapers and magazines around the globe. The global financial crisis of 2008 revealed the damage done by unchecked housing speculation, yet in the ensuing years, the use of architecture as an investment tool has only accelerated, heightening inequality and contributing to worldwide financial instability.

We rarely consider architecture to be an important factor in contemporary economic and political debates, yet unoccupied ultra-thin "pencil towers" develop in our cities, functioning as wealth storage for the superrich, and cavernous "iceberg" homes burrow many stories below street level. Meanwhile, communities around the globe are blighted by zombie and ghost urbanism, marked by unoccupied neighborhoods and abandoned housing developments. In Icebergs, Zombies, and the Ultra Thin, Matthew Soules issues an indictment of how finance capitalism changes not only architectural forms, but the very nature of our cities and societies.

From Ireland's devastated housing estates, to the chic luxury apartments of architect Rafael Vinoly's 432 Park Avenue, Soules demonstrates how investment imperatives shape what and how we build. Photos and drawings of architectural phenomena that have changed the way we live make the urgency of these issues even more apparent.

Clive Wilkinson: The Theatre of Work