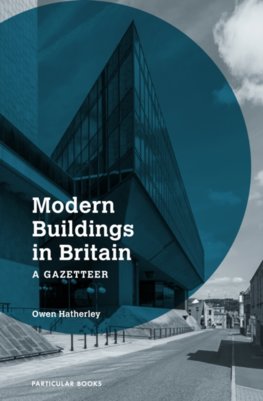 Modernism is now a century old, and its consequences are all around us, built into our everyday lived environments. Its place in Britain's history is fiercely contested, and its role in our future is the subject of ongoing controversy - but modernist buildings have undoubtedly changed our cities, politics and identity forever. In Modern Buildings in Britain, Owen Hatherley applauds the ambition and explores the significance of this most divisive of architectures, travelling from Aberystwyth to Aberdeen, from St Ives to Shetland, in search of our most important and distinctive modern buildings.

Drawing on hundreds of examples, we learn how the concrete of Brutalism embodies post-war civic principles, how corporate values were expressed in the glass facades of the International Style, and why Ecomodernist experimentation is often consigned to the geographic fringes. As Hatherley considers the social, political and cultural value of these structures - a number of which are threatened by demolition - two linked questions emerge: what happens to a building after it has been lived in, and what becomes of an idea when its time has passed? With more than six hundred pages of trenchantly opinionated, often witty analysis, and with three hundred photographs in duotone and colour, Modern Buildings in Britain is a landmark contribution to the history of British architecture.

Where Architects Stay in Europe