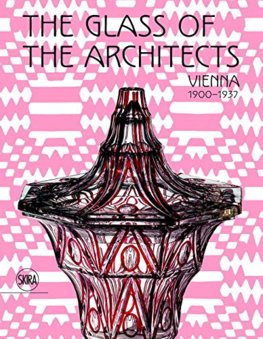 Published in collaboration with the MAK Vienna and “LE STANZE DEL VETRO” on the occasion of the exhibition in Venice, the volume presents over 300 works from the collection of the MAK Austrian Museum of Applied Arts / Contemporary Art in Vienna and private collections. It focuses for the first time on the history of glassmaking in Austria from 1900 to 1937, a period spanning the last decades of the Austro-Hungarian Empire and the First Republic. In fact in the early 20th century a group of young architects, designers, and fine arts and architecture students developed a special interest in the process of glassmaking. Many of them were to win fame as leading figures in Viennese Modernism, such as Josef Hoffmann (1870-1956), Koloman Moser (1868-1918), Joseph Maria Olbrich (1867-1908), Leopold Bauer (1872-1938), Otto Prutscher (1880-1949), Oskar Strnad (1879-1935), Oswald Haerdtl (1899-1959) and Adolf Loos (1870-1933). They paved the way to the first pioneering developments in 20th-century glass production as they worked with the furnaces in order to gain a thorough understanding of the material. The collaboration between architects and designers and the introduction of their innovations to production created the style of Viennese Glass, found in new projects such as the Wiener Werkstätte or the Austrian Werkbund . Edited by Rainald Franz, Curator, MAK Glass and Ceramics Collection, Vienna, the volume includes texts by Rainald Franz, Pasquale Gagliardi, Valerio Terraroli, Christoph Thun-Hohenstein, Andreas Vass.

The Battle for Home

The Short Story of Architecture