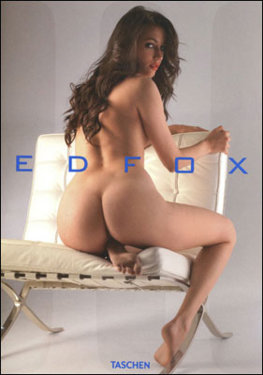 Our first Ed Fox title, Glamour From the Ground Up, introduced the heir to the peculiar photographic niche long ruled by the great Elmer Batters. California native Fox had not even heard of Batters when he first started photographing women with an emphasis on their feet. In fact, he thought he was the only young man who checked out a woman’s feet before her face, and most of the time couldn’t meet his models’ eyes for fear they’d discern his secret. Then he became the official foot photographer for Leg Show magazine, just months before Batters’ death, and learned of the big shoes he had to fill at the same time he realized there were thousands of men just like himself—except without the talent to capture their passion on film, or as today, in pixels.

Since then, Ed Fox has become internationally known for a sensual photographic style that captures every curve of a woman’s body, right down to the tips of her toes. In Ed Fox II he brings us voluptuous new models, arresting locations--many blending the desert landscapes of Southern California with Fox’s passion for automobiles--and fantasies mild to extra spicy, all shot in warm, caressing natural light. And, like Glamour From the Ground Up, Ed Fox II comes with a 60-minute original DVD, bringing the still photos to vibrant life.