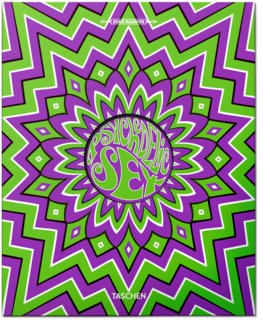 Peace, love, and pudenda. How men's magazines turned hot and hippy between 1967-1972. Love, Sex and Drugs. Take the latest sex-trip with Dian Hanson. Starring all-natural flower-power hotties, these hippy, horny, hilarious images of nubile flesh and mind-bending graphics showcase a brief golden period in publishing, when men's magazines promised to recreate the wonders of libido on LSD. In a brief golden span between 1967 and 1972, the sexual revolution collided with recreational drug exploration to create "psychedelic sex." While the baby boomers blew their minds and danced naked in the streets, men's magazine publishers attempted to visually recreate the wonders of LSD, project them on a canvas of nubile hippie flesh, and dish it up to men dying for a taste of free love. Way Out, Groovie, Where It's At - each magazine title vied to convince the straight audience it offered the most authentic flower power sex trip, complete with mind-bending graphics and all-natural hippie hotties. Along the way hippies joined in the production, since what could be groovier than earning bread in your birthday suit? At its height, psychedelic sex encompassed posters, tabloids, comics, and newsstand magazines, but the most far-out examples of all were the glossy magazines from California, center of both hippie culture and the budding American porn industry. It's these sexy, silly reminders of peace, love, and pudenda we celebrate in Psychedelic Sex. So put on your beads, tune up your sitar, and let the love-in begin!

#NSFW, Not Safe for Work