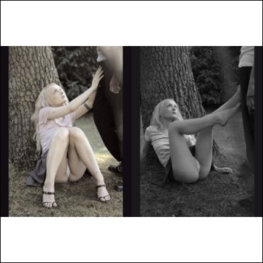 In the 20th century, when pornography made its debut in the film world with its aura of improvisation and amateurishness, it had a caustic challenging quality, a freshness and a natural authenticity. By becoming industrialized and codified, it then let itself be confined in the twofold ghetto of distribution and its related rituals, churning out a pantomime of crude, unexciting, formatted images. Eroticism has always had "better press," especially since it has often been "involved" with literature and great authors have laid sacrifices on its altar. However, limited by censorship, above all self-censorship, to a restrictive representation of sex, it sentenced itself to insipidness and self-mutilation, believing it could find a way out in vain, repetitive sophistication, paradoxically proving, much to the satisfaction of moralists, that since monotony is always born out of uniformity, prefabricated pornography and eroticism have become, and remain boring. This realization inspires an artist like Roy Stuart. Taking advantage of Western society's relative freedom, he has investigated the use that can be made of this dilemma.