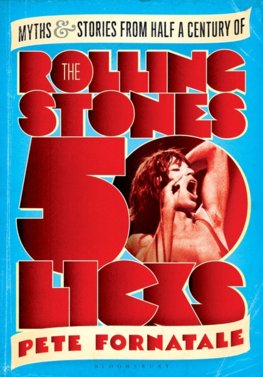 Peter Fornatale
Myths and Stories from Half a Century of the Rolling Stones
19,50 €
Na objednávku

On July 12, 1962, London's Marquee Club debuted a new act, a blues-inflected rock band named after a Muddy Waters song - The Rolling Stones. They were a hard-edged band with a flair for the dramatic, styling themselves as the devil's answer to the sainted Beatles.

A young, inexperienced producer named Andrew Loog Oldham first heard the band at a session he remembers with four words: 'I fell in love.' Though unfamiliar with such basic industry practices as mixing a recording, he made a brilliant decision - he pitched the band to a studio that had passed on the Beatles. Afraid to make the same mistake twice, they signed the Stones, and began a history-making career.

This is just one of the 50 classic stories that make up 50 Licks. Many are never-before told, some are from exclusive interviews - including with elusive bassist Bill Wyman - and all are illustrated and told by the people who lived them.

Half a century on, the Rolling Stones are still the greatest band working. And this is the book to commemorate their unparalleled achievement in rock music.

The United States with National Geographic