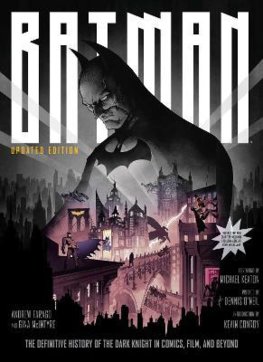 Batman: The Definitive History of the Dark Knight in Comics, Film, and Beyond - Updated Edition

Along with taking readers on an unparalleled journey into the creation of the most memorable Batman moments in the character's eighty-year history-from the "Knightfall" comics arc to Tim Burton's films and the Arkham video game series the book busts open the DC Comics and Warner Bros. archives to deliver an avalanche of never-before-seen visual treasures that are guaranteed to blow the minds of Batman fans everywhere. Filled with exclusive insert items that further deepen the reading experience, this updated edition of Batman: The Definitive History of the Dark Knight in Comics, Film, and Beyond, is the ultimate exploration of a true legend whose impact on our culture has no limits.

Game Of Thrones: The Costumes

The Art of Ready Player One