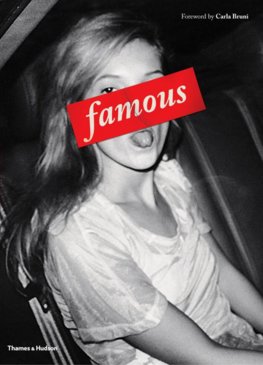 Bruno Mouron, Pascal Rostain
Through the Lens of the Paparazzi
29,99 €
Na objednávku

Celebrities rule the modern world, and close behind them are the paparazzi, fuelling the media’s endless fascination with the rich and famous, while they themselves keep a low profile.

runo Mouron and Pascal Rostain are respected photo-reporters, based in Paris but ready to go anywhere for a scoop. They began working together in the late 1970s as contributors to the magazine Paris Match, and by 1986 they had set up a formal partnership, founding the agency Sphinx. Over the decades, they have honed the instincts required to catch the moment when a glance, a pose and a setting are most perfectly matched, capturing movie stars and models, rock stars and royalty.

From London to Paris, Hollywood to Cannes, here is a star-studded selection of those who live their lives in the spotlight, sometimes welcoming the camera, sometimes pursued by it.

Elizabeth Taylor and Grace Kelly, Michael Jackson and Kate Moss are among the iconic faces glimpsed in encounters that can be intimate, witty or confrontational. Spontaneity and immediacy are everything, with the blur of movement or the drama of tight close-ups contributing to the creation of some truly memorable shots that could never have been planned in advance.

Packed with striking black-and-white images that hark back to the golden age of photo-journalism, famous challenges us to recognize and celebrate a fresh frame of reference through which great photography can be judged.

Bruno Mouron and Pascal Rostain are Paris-based photo-reporters, and co-founders of the agency Sphinx.
Philippe Garner is International Head of 20th-Century Decorative Art & Design at Christie’s.