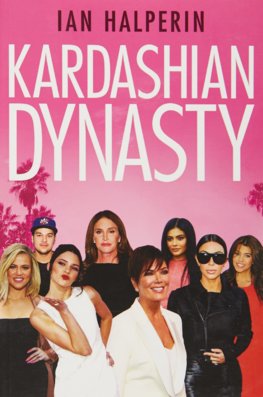 #1 New York Times bestselling author and investigator Ian Halperin pulls back the curtain on America’s notorious Kardashian family – exposing their shaky foundation for fame – one shocking revelation at a time.
The Kardashians and Jenners have taken the world by storm, collectively rising to superfame after making their reality show debut on E! with Keeping Up with the Kardashians in 2007. Since then, their family life has remained a constant circus of tabloid headlines, red carpet appearances, branding deals, reality shows and their spinoffs, and a slew of media coverage. As revered and polarizing as royalty, the Kardashians have stolen the celebrity spotlight – and they show no signs of giving it up.
And yet, amidst their mega success, the Kardashians have faced a firestorm of negative publicity over the years: particularly over Kris Jenner’s role in the family. As matriarch and momager of the Kardashian clan, Kris has been accused of exploiting her children for fame and money and playing the media like a deck of cards.
Based on extensive research, Ian Halperin delivers the salacious details behind the Kardashians’ rise to fame. With revelations exposing the family’s foundation as shaky at best and scandalous at worst, Halperin provides an unparalleled glimpse into the events and scandals that have propelled the Kardashians to worldwide celebrity, for better or worse.

Harry Potter and the Cursed Child: The Journey: Behind the Scenes of the Award-Winning Stage Production

Nicole Kidman Anatomy of an Actor