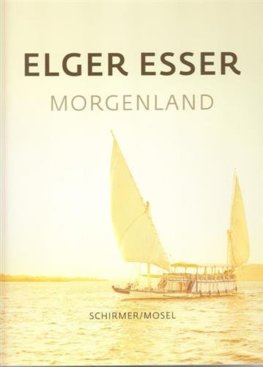 With views often comprised largely of air and water, light and its reflection, there is a sense of placelessness to Elger Esser's landscapes--beaches, wetlands, riverbeds, and valleys--despite his lending of location details to the titles. Such places offer up a low, straight horizon that is, alongside Esser's signature coloring, one of the most striking details of the resulting image. His most recent series presents landscapes and places on the Lebanon coast: En Naqora, Saida, Enfeh; along the river Nile in Egypt: Aswan, Luxor, Salwa Bahry, El Quarwad; and Israel: Sea of Galilee, Akko. As in his previous series taken in Italy and France, his photographs pay tribute to the universal lure of a seemingly infinite horizon and ultimate calm in the foreground.

Paris Portrait of the City