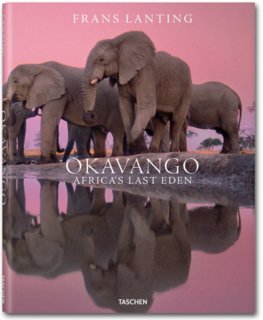 For a year, Frans Lanting roamed the wetlands and deserts of northern Botswana, living by the rhythms of the water and the movements of the animals as he captured them on film. National Geographic had sent him there on assignment, but what he would take away was much more than a magazine story; it was a seminal and unparalleled collection of photographs depicting an epic world of wilderness and wildlife. As Lanting wrote, “To many who have seen the fate of other wild areas in Africa and elsewhere in the world, the very notion that such a place as Okavango still exists is like a dream.” Living out of vehicles and canvas tents, gliding through swamps, following lions by night—Lanting, armed with his cameras, got up close and personal with some of the planet’s most formidable creatures.

The book he published a few years later, Okavango, was a testament not only to the wondrous wildlife of the region, but also to Lanting’s extraordinary courage, skill, and photographic vision. After many publications of Lanting’s work, including Life, Jungles, Eye to Eye, and Penguin, TASCHEN now revisits his original classic which drew critical praise worldwide with this updated and expanded edition of Okavango, further enhanced with all new reproductions and dozens of previously unpublished photos, as well as a new preface by Lanting.

The Thames & Hudson Dictionary of Photography

A Tribute to FLOWERS