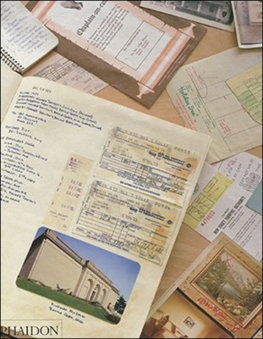 Stephen Shore is one of the most influential photographers of the twentieth century, best known for his photographs of vernacular America taken in the early 1970s two bodies of work entitled American Surfaces and Uncommon Places. These projects paved the way for future photographers of the 'ordinary' and 'everyday' such as Martin Parr, Thomas Struth, and Nan Goldin. Shore is one of the most important artists working today, and his prints are included in collections of eminent museums and galleries around the world.

On July 3, 1973, Stephen Shore set out on the road again. This road trip marked an important point in his career, as he was coming to the tail end of American Surfaces and embarking on a body of work that is known as Uncommon Places. While traveling, in addition to taking photographs, Shore also distributed a set of postcards that he had made and printed himself. While passing through Amarillo, Texas, Shore selected ten of his own photographs of places of note, such as Doug's Barb-B-Que and the Potter County Court House, and designed the back of the cards to look like a typical generic postcard. He sent these images to a well-known postcard printer and ordered 5,600 copies of each card. Then, driving from town to town, Shore surreptitiously inserted his own cards into postcard racks in stores across the country, mixing his own work with 'real' postcards and giving unsuspecting shopkeepers new stock free of charge.

In a deadpan, unemotional style, Shore's month-long journal itemizes where he stayed, what he ate, which television programs he watched, what photographs he took, how many miles he drove, and how many postcards he distributed on each day of his trip. The journal also includes postcards of the towns where he stayed as well as some of his own photographs alongside hotel, restaurant, and gas station receipts. As he traveled, recording his experiences in his journal, Shore photographed the towns and cities through which he passed, the people he met, the food he ate, the beds he slept in, and even the toilets he 'encountered', from New York to California and back again.

A Road Trip Journal marks the turning point between two major bodies of work in Shore's career and includes some classic portraits from this pioneering color photographer. Each page of the journal is reproduced exactly and bound in a book that matches the format of the original book down to its cover. Following this, every photograph taken over the course of the trip is also featured, whether a perfect composition or a slightly fogged negative of the same scene. A map marks Shore's journey and his own text on the history of the road trip in America is also included. The book also contains reproductions of a number of postcards that Shore made on his trip, allowing the reader the chance to tear them out and use them, or keep them as a piece of 1970s Shore memorabilia.

A Road Trip Journal is a highly collectible publication for any photo book collector, photography enthusiast or student, or anyone with an interest in American culture of the 1970s. This limited edition book numbered and signed by the photographer is an exciting addition to Phaidon's ever-growing, highly popular Shore list.

Noguchi Museum A Portrait by Tina Barney and Stephen Shore

Paris Portrait of a City