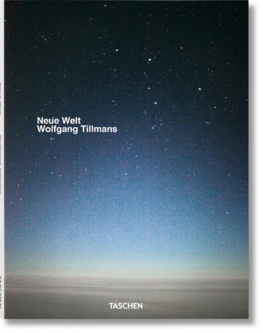 Wolfgang Tillmans
33,95 €
Na objednávku
Over the period of more than two decades, Wolfgang Tillmans has explored the medium of photo-imaging with greater range than any other artist of his generation. From snapshots of his friends to abstract images made in a darkroom without a camera or works made with a photocopier, he has pushed the photographic process to its outer limits in myriad ways. For this collection of photos, his fourth book with TASCHEN, Tillmans turned away from the self-reflexive exploration of the photography medium that had occupied him for several years by focusing his lens on the outside world—from London and Nottingham to Tierra del Fuego, Tasmania, Saudi Arabia, and Papua New Guinea. He describes this new phase simply as “trying out what the camera can do for me, what I can do for it.” The result is a powerful and singular view of life today in diverse parts of the world, seen from many angles. Says Tillmans, “My travels are aimless as such, not looking for predetermined results, but hoping to find subject matter that in some way or other speaks about the time I’m in.”

The book features a conversation between the artist and Beatrix Ruf, director of Kunsthalle Zurich.

Wolfgang Tillmans was born in Remscheid, Germany, in 1968 and studied at Bournemouth & Poole College of Art and Design. He is widely regarded as one of the most influential artists of his generation. His work, whilst appearing to capture the immediacy of the moment and character of the subject, also examines the dynamics of photographic representation. From the outset he ignored the traditional separation of art exhibited in a gallery from images and ideas conveyed through other forms of publication, giving equal weight to both. His expansive floor to ceiling installations feature images of subcultures and political movements, as well as portraits, landscapes, still-lives and abstract imagery varying in scale from postcard- to wall-sized prints. His work has been shown at the Museum of Modern Art, New York, in 1996 and Tate Britain, London, in a major retrospective in 2003. He was awarded the Turner Prize in 2000.

Use This if You Want to Take Great Photographs