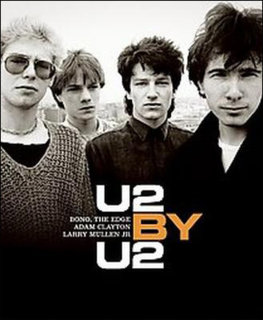 "I always thought the job was to be as great as you could be." -- Bono This is the story of U2, in their own words and pictures. It is the only authorised, fully comprehensive guide to the biggest band in the world. "We are trying to pin down something elusive, something that represents where we are, emotionally, physically, spiritually, but is also fresh and exciting. If it is not absolutely the best it can be, then why bother?" -- Adam Clayton. In 1975, four teenagers from Mount Temple School in Dublin gathered in a crowded kitchen to discuss forming a band. The drum kit just about fit into the room, the lead guitarist was playing a homemade guitar, the bassist could barely play at all and nobody wanted to be the singer. Over thirty years later, Bono, The Edge, Adam Clayton and Larry Mullen Jnr are still together, bound by intense loyalty, passionate idealism and a relentless belief in the power of rock and roll to change the world. "We wore it as a stubborn badge of pride that we weren't prepared to fall into line with every other group and take the fashionable stance of the day. We were uncool because we were hot, we just erupted as a live band." -- The Edge. Told with wit, insight and astonishing candour by the band themselves and manager Paul McGuinness, with pictures from their own archives, 'U2 By U2' allows unprecedented access into the inner life of the greatest rock band of our times. Bad haircuts, worse hangovers, prayer meetings and wild parties, encounters with presidents and popes, intimate accounts of the creation of all their classic songs, it is all here in a beautifully-presented book overseen by the band with the same passion for substance, style and immaculate attention to detail familiar from their musical career. "I have read a lot of rubbish about U2. Whenever I see us described in some mythic sense as masters of our own destiny, it makes me laugh. Being in U2 is more like riding a runaway train. We are just ordinary guys, hanging on to this thing for our lives." -- Larry Mullen Jnr.

Survivors Tribes around the World