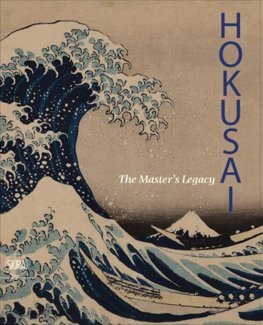 Hokusai, a grand protagonist of ukiyo-e , his legacy and powerful influence on European art.

Katsushika Hokusai (1760–1849), an unchallenged master of ukiyo-e , the Floating World, active between the late 1700s and the first-half of the 1800s, stands out on the art scene not only for his Great Wave and the series Thirty-six V iews of Mount Fuji of which the print is a part, but also his great versatility expressed in his treatment of all types of subjects: from landscapes to nature, kabuki actor portraits, beautiful women, warriors and even ghosts and spirits, semi-legendary beings and animals. Hokusai is also associated with many changes: of residence, of name (over thirty, even though the main ones are six), of style, with dozens of followers, each of which, in some way, represents one aspect in the Master’s vast oeuvre. These include Shinsai, Hokkei and Gakutei who influenced the following generation of artists, together with another individual, who is not considered a direct student of Hokusai but who nonetheless determined in an interesting way the developments in prints of beauty and landscape from 1810 to 1830: Keisai Eisen.

Through a selection of over 250 works from the Municipal Museum of Chiba and other Japanese collections, this publication offers a reading of Hokusai that also includes his legacy, accompanying and comparing his output with that by others who followed in his footsteps and gave life to new lines, forms and balances of colour within the classic themes of ukiyo-e and landscape, nature, beauty, actors, heroes and warriors.