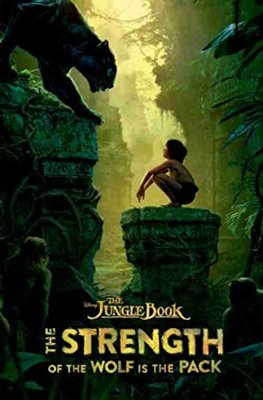 Based on the all-new live-action adventure from the Walt Disney Studios, featuring the voice talents of Scarlett Johansson, Ben Kingsley, Bill Murray and Idris Elba.

“THIS IS THE LAW OF THE JUNGLE, AS OLD AND AS TRUE AS THE SKY.”

Mowgli has lived in the Jungle for as long as he can remember. Raised by a noble wolf pack and mentored by a wise panther called Bagheera, Mowgli enjoys the rich, vibrant world of the animals.

But when a vengeful tiger makes a vow to remove the man-cub from the Jungle, Mowgli's world is turned upside down. With help from his new friend Baloo the bear, Mowgli finds himself on a journey to protect his wolf family and himself – a journey that could change things forever.

Novel based on the new action Disney movie, released on 15 April 2016, perfect for young readers of 8-12 years.

The Problem with Pierre