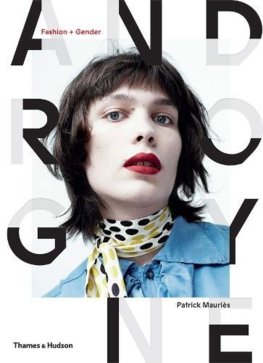 ‘This ad is gender neutral’, proclaimed a 2016 poster for the fashion brand Diesel; ‘I resist definitions’, announced a Calvin Klein ad in the same year, while a Louis Vuitton shoot featured Jaden Smith, son of actor Will Smith, wearing a skirt like a natural. Fashion magazines have printed countless features on the blurring of gender barriers, while brands including Yves Saint-Laurent, Gucci, Burberry, Givenchy and Dolce & Gabbana have all interpreted the concept ‘girls will be boys and boys will be girls’ in their own individual style. The previous turn of the century was as obsessed with androgyny as this one, as seen in the art of Edward Burne-Jones and Gustave Moreau, and the writings of Oscar Wilde and the mystic Joséphin Péladan. From the late 19th to the early 21st century, the genders have blended: from Berlin in the 1920s to Hollywood of the 1930s with Garbo to Dietrich; from the 1940s Bright Young Things to the androgynous pop stars of the 1970s, and beyond.

What do these variations on a theme have in common? What has caused the dizzying rise of androgyny? Why has this concept, a staple of ancient myth that was first discussed in Plato’s Symposium, been revived today? Accompanied by a striking selection of contemporary photographs, Patrick Mauriès presents a condensed cultural history of androgyny, drawing on the worlds of art and literature to give us a deeper understanding of the strange but timeless human drive to escape from defined categories.

Vogue and the Metropolitan Museum of Art Costume Institute