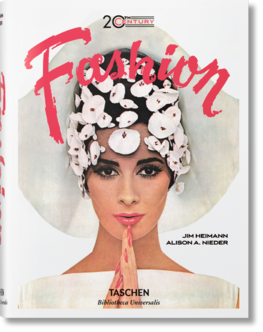 20th-Century Fashion offers a retrospective of the last hundred years of style via 400 fashion advertisements from the Jim Heimann Collection. The images trace not only the changing trends but also the evolution in their marketing and audience, as fashion was adopted into popular culture and the mass market, decade by decade. An in-depth introduction and illustrated time line detail the style-makers and trendsetters and how the historic events, design houses, retailers, films, magazines, and celebrities shaped the way we dressed—then and now.

Los Angeles Portrait of a City

How to Tie a Headscarf