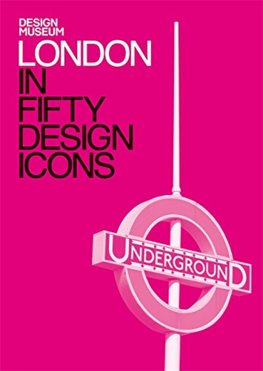 In this new series, the Design Museum looks at the fifty design icons of major cities around the world - icons that, when viewed together, inherently sum up the spirit of their city. Covering anything from buildings and monuments to a graffiti mural or an item of clothing, we are able to build up an intricate portrait of a city, layer by layer.

From its long-serving Routemaster buses and world-famous tube map to the miniskirts of the swinging sixties and the imposing silhouette of Battersea Power Station, London is a tapestry of design masterpieces. Join Deyan Sudjic, Director of the Design Museum, as he unravels the visual history of one of our most complex and intriguing cities.

The Language of Cities

The Language of Cities

The Language of Things

B is for Bauhaus : An A-Z of the Modern World

B is for Bauhaus