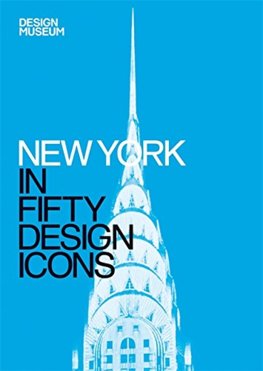 In this new series, the Design Museum looks at the fifty design icons of major cities around the world - icons that, when viewed together, inherently sum up the spirit of their city. Covering anything from buildings and monuments to a graffiti mural or an item of clothing, we are able to build up an intricate portrait of a city, layer by layer.

From the infamous Chysler Building and the Brooklyn Bridge to the New York Yankees logo or CBGB's, the beating heart of the 1970s punk movement, New York is a tapestry of design masterpieces. Join Julie Iovine, architectural writer at the Wall Street Journal and formerly of theNew York Times, as she unravels the visual history of one of our most famous and fascinating cities.