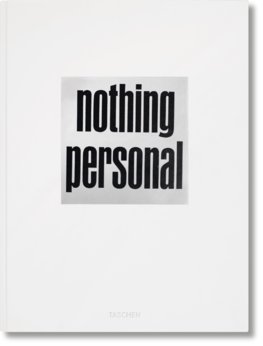 In 1964, Richard Avedon, at the time the world's most famous fashion photographer, and James Baldwin, America's best-known black writer collaborated on a searing portrait book Nothing Personal. This controversal classic from the Mad Men era explores the contradictions and extremities at the heart of the American experience, and is especially timely in the age of Donald Trump.

Avedon's subjects range from intellectuals, politicians, former slaves, newlyweds, society ladies, artists, and civil rights activists, shot in his signature formal and graphic black and white, often tightly cropped. The collection is all the more poignant through its direct juxtaposition of specific images, such as the Jewish and gay intellectual Allen Ginsberg placed opposite the American Nazi Party. Avedon's work with mental asylum patients, shot in a grainy documentary style, is equally harrowing, although he chooses to end Nothing Personal on a hopeful, positive note, with photographs of children and parents bonding together in the Californian ocean.

The photographs are complemented by four untitled essays by Baldwin, a stream of consciousness and critique of a society that he feels is unjust, alienating, divisive, and therefore in the midst of an existential crisis. In a highly personal and pertinent testimony, Baldwin openly writes about his own experience of harassment by a racist policeman on the streets of New York.

Designed by Marvin Israel, Nothing Personal is also an art-directed triumph. An "oversized" book in its own white slipcase, the minimal and striking placement of images and text alike revolutionized the packaging of photography books. This is a meticulous reprint of the original, which has long been out of print, produced in close collaboration with the Richard Avedon Foundation.

A 72-page accompanying booklet features never before seen outtakes, portraits of Avedon at work, correspondence, ephemera, and an essay by Balwin expert and Pulitzer Prize winner Hilton Als. Als traces the making of Nothing Personal and documents the personal and creative relationship between Avedon and Baldwin, who were high school friends in the 1940s.

Nothing Personal's dark, disturbing vision of America has inevitably divided critics, and Avedon in particular endured some harsh criticism. Some felt that a fashion photographer had no place in dabbling in social commentary, while others found his book to be an elitist statement by New York liberals, unrepresentative of the true feelings of "real" Americans. Sound familiar?