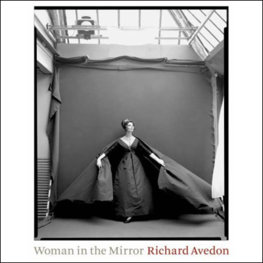 Richard Avedon redefined portrait and fashion photography in the 20th century. In the 1940s Avedon burst onto the fashion scene, infusing his photographs with touches of realism and the fantastic. His images were among the first to replace the stiff poses of the past with energetic action scenes that commanded the pages of Harper's Bazaar and Vogue magazines from the mid-'40s through the 1980s. He took his models out of the studios and brought them to cafes and casinos, posing them with well-dressed escorts. His models nuzzled elephants, stood amongst circus performers, and leapt like gymnasts. As his career progressed, Avedon developped a deceptively simple studio portrait style, which he would continue throughout his life. With uncompromising directness, he portrayed his subjects against a white background, with no extraneous details to distract from the essential specificity of face, gaze, dress, and gesture. This challenging innovation, coupled with the artist's intense interest in his subjects and mastery of his craft, resulted in mesmerizing portraits, among them Marilyn Monroe, Anna Magnani, Suzy Parker, Tina Turner, Stephanie Seymour, and many more.