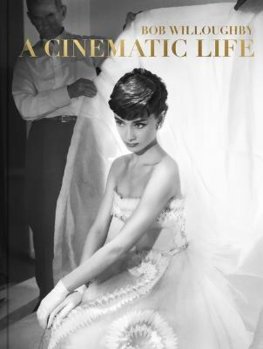 This is the first comprehensive, large-format monograph of Bob Willoughby's photographs of film and television stars from the 1950s to the 1970s. Considered the first on-set still photographer in the film industry, Bob Willoughby photographed numerous movie stars of the era, including Audrey Hepburn, Marilyn Monroe, Jean Seberg, Elizabeth Taylor, Natalie Wood, Frank Sinatra, Cary Grant, Doris Day, James Dean, and many more. These stars continue to influence fashion and culture, from Baby Boomers all the way to Gen Z.

The iconic celebrities and others featured have lasting presence, still gaining fans today via both social media and the availability of classic films through streaming channels. This compendium features vintage and never-before-seen photographs of the most beloved stars of film and television. Willoughby's images include many taken during the filming of classics such as THE GRADUATE, MY FAIR LADY, ROSEMARY'S BABY, and others.

In addition to on-set photography, there are also many candid portraits of actors at home, such as those of Audrey Hepburn. This compendium includes both black-and-white and color photographs of some of the greatest icons from this Golden Age of Hollywood.

The Colour Of Time