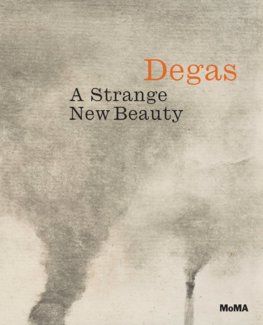 A towering figure in 19th-century art, Degas is best known as a painter and chronicler of the ballet. In the 1870s, during an era of enthusiasm for experimental printmaking, Degas was introduced to the monotype process – drawing in black ink on a metal plate that was then run through a press, typically resulting in a single print. Captivated by the medium’s potential, Degas made more than 300 monotypes during two discrete bursts of activity, from the mid-1870s to the mid-1880s, and again during the early 1890s. Taking the medium to new and radical heights, the artist abandoned the academic drawing style of his youth, inventing a new repertoire of mark-making that included wiping, scratching, abrading, finger printing and rendering via removal. Frequently, he used monotypes as a starting point from which an image could be reworked, revised, and re-crafted, often with pastel. Degas explored a variety of subject matter in these works, including scenes of modern life; harshly illuminated café singers; ballet dancers onstage, backstage, or in rehearsal; the life of the brothel; intimate moments at the bath; and landscapes. Degas’s engagement with monotype had broad consequences for his work in other mediums; repetition and transformation, mirroring and reversal – all essential to Degas’s work in monotype – was an ongoing logic of his work in drawing, painting, and pastel. Published to accompany an exhibition at The Museum of Modern Art, this richly illustrated catalogue presents approximately 180 monotypes along with some 50 related works, including paintings, drawings, pastels, sketchbooks and prints. Essays and case studies by curators, scholars and conservators explore the creative potency of Degas’s rarely seen monotypes, and highlight their impact on his wider practice.

Symbols and Allegories in Art

100 Works of Art That Will Define Our Age

A Portrait of the Artist as a Young Cat