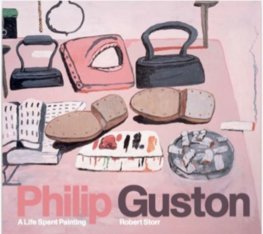 An authoritative and comprehensive retrospective of the work of the visionary, adventurous, and influential painter Philip Guston. Driven and consumed by art, Guston painted and drew compulsively and talked about it with an unrivalled passion and fluency. Preeminent art critic, curator, and artist Robert Storr maps Guston's career, from the early social realist murals, to his poetic easel paintings of the 1940s, his shimmering abstract expressionist works of the 1950s and early 1960s, and his new and powerful language of figurative painting of the later 1960s and 70s.

Also included are key writings by Guston himself as well as an in-depth and illustrated chronology. Featuring all the artist's best-known works, as well as many lesser-known and previously unpublished paintings, the book will also include photographs of the artist at home, at work, at exhibitions, and with other artists.

B is for Bauhaus : An A-Z of the Modern World