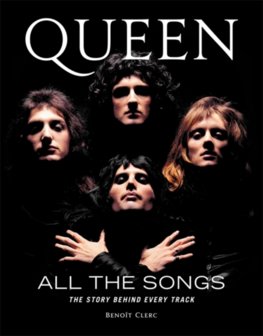 Queen All the Songs

Benoit Clerc
The Story Behind Every Track
46,95 €
Na sklade

The writing and recording process of each and every track is dissected, discussed, and analyzed by author Benoit Clerc, and page after page features fascinating and sometimes rarely seen images of the band. Queen: All the Songs delves deep into the history and origins of the band and their music. This one-of-a-kind book draws upon decades of research and recounts the circumstances that led to the composition of every song, as well as the recording process, and the instruments used.

Featuring hundreds of photographs, including rare black-and-white publicity stills, images of instruments used by the band, and engaging shots of the musicians in-studio, Queen: All the Songs is the must-have book for any true fan of classic rock.

David Bowie All the Songs

Do What You Want

Led Zeppelin All the Songs