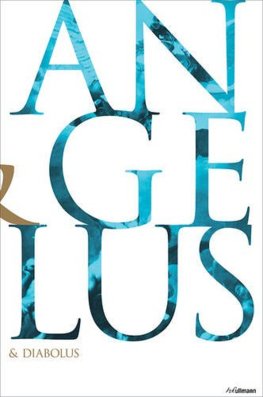 Angels, devils and demons have played a significant role ever since the emergence of religious beliefs. As messengers from other worlds, be they harbringers of good news or tempters, they touch the fundamental hopes and fears of every human being, while at the same time depicting the eternal battle of good and evil.

In Christian art, angels and devils, with their human-like aspects allied with their angelic or devilish nature, were a favourite theme of painters and sculptors, as their imagination was set free to create artworks that fascinate in every respect, including masterpieces such as 'The Last Judgement' by Giotto di Bondone (1304-6), 'The Annunciation' by Leonardo da Vinci (1472-75), 'The Temptation of St. Anthony' by Hieronymus Bosch (1505/1506) or 'The Gates of Hell' by Auguste Rodin Auguste Rodin (1880-1917) to name but a few.

Angelus & Diabolus is the first publication of its kind to offer a visually stunning collection of the most beautiful and breath-taking pieces of art reflecting this exciting contrast between Heaven and Hell. Substantial texts by art historian Maria-Christina Boerner are accompanied by striking pictures by photographer Achim Bednorz, some of which show rarely seen details and make otherwise hidden elements accessible to the beholder. This tome comprises an unprecedented compilation of this timeless subject.

Toulouse-Lautrec and His World

Cats in Art: A Pop-Up Book