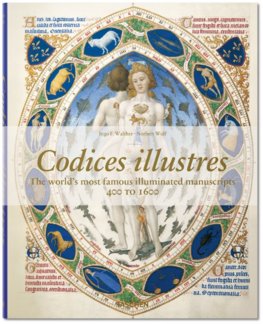 Famous Manuscripts. This is the fascinating world of medieval miniature painting and illumination. From The Book of Kells to Boccaccio's Decameron and from the Vienna Genesis to Dante's Divine Comedy - see the breathtaking originals of 167 of the greatest classics of all time. This lavishly produced book introduces the reader to the fascinating world of medieval miniature painting and illumination. 167 of the most beautiful and important medieval scripts from the 4th century to 1600 are presented in chronological order and described in full. Each sample of script is headed by highly informative synopses which serves to orient the reader at a glance. These synopses-together with the abundance of brilliant, large-format reproductions-make this book unparalleled in its field. Although the focus is on European manuscripts (French, Dutch, German, Italian, English and Spanish), examples have also been selected to illustrate the refinement and intricacy of manuscript illumination from non-European cultures (Mexican, Persian, Indian, Ottoman etc.). A 36-page appendix contains biographies of the artists as well as an extensive bibliography, an index and, most importantly, a glossary in which the technical terms used in the book can quickly be found. This is a rare opportunity to come face-to-face with incredibly precious treasures that one would otherwise never see, treasures once belonging to emperors and kings, and now worth many millions. This edition by TASCHEN author editor Ingo F. Walther, is now available in a new format.

Decorative Arts from the Middle Ages to Renaissance

Happiness Is... 20 Notecards to Spread the Joy