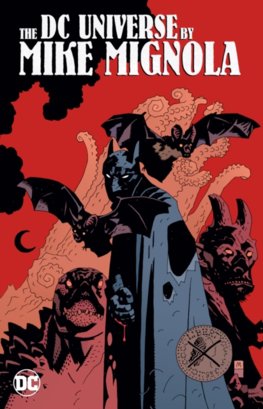 Mike Mignola, best known as the creator of Hellboy, started out his comics art career drawing the adventures of the World's Greatest Super Heroes, applying his moody artwork to tales of Superman, Batman, Swamp Thing and more. His career goes far beyond comics and into the movie world, working with Francis Ford Coppola on the film Bram Stoker's Dracula, and he was visual consultant to director Guillermo del Toro on Blade II, Hellboy and Hellboy 2: The Golden Army. Now this new collection assembles his work from DC stories written by John Byrne, Neil Gaiman and others.

Rasputin The Voice of the Dragon