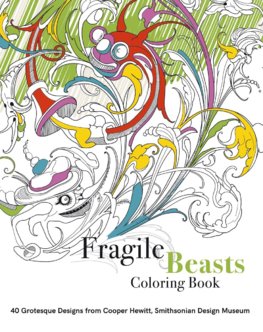 The word grotesque was first coined at the end of the fifteenth century in Italy to describe a style of painting found in Ancient Roman ruins in which foliage intertwines and merges with human and animal forms. The re-discovery of these ruins was deeply influential to artists and designers. Through drawings and prints, grotesque motifs were disseminated as patterns for decoration in architecture, metalwork, textiles and ceramics. The fantastic nature of the grotesque enabled artists to incorporate imagery that pushed the boundaries of the known world. Within the confines of ornamental designs, artists turned elements from nature into otherworldly beings. Creatures, fearsome or playful, graceful or rigid, take their place in dense and sinuous designs for locks, ewers, rings, tapestries, stained glass and more. These intimately scaled works, often measuring just a few inches, are at times erotically charged and at others moralizing. Centuries later, these drawings and prints open a window to the imagination of artists and designers as the Age of Exploration unfolded around them.