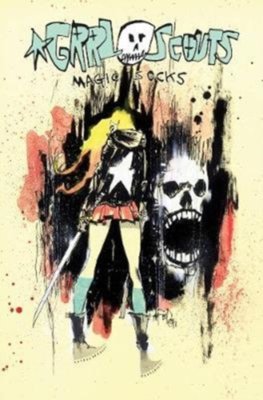 The GRRL SCOUTS (Gwen, Daphne, and Rita) areback in action and involved in their most bizarre adventure yet! Their missionis to figure out the mystery of the Magic Socks, a powerful new weapon thateveryone is trying to get their greedy little hands on. Problem is, Daphne'scrazy cousin, Josie, is also after the Socks, and she won't stop at anythinguntil she is able to harness its deadly power! Action-packed, psychedelic,hilarious, destructive insanityensues... Magic Socks collects theentire pulse-pounding six issue comic book series from superstar artist JIMMAHFOOD.

The book is packed with extra goodies, including a sketchbook section,unreleased art, behind the scenes comics, and bonus art from some of today's topcreators including SKOTTIE YOUNG, BILL SIENKIEWICZ, LAUREN YS, ERIC CANETE,ELIZA IVANOVA, and MIKE HUDDLESTON.

Creatures of the Night Second Edition