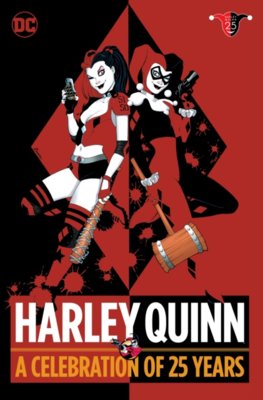 From her animated adventures to her bloody stint in the Suicide Squad, HARLEY QUINN: A CELEBRATION OF 25 YEARS captures the greatest comic book moments of the Joker's main moll, brought to life by industry legends Paul Dini, Bruce Timm, Jim Lee, Jeph Loeb, Amanda Conner, Jimmy Palmiotti, Karl Kesel, Terry Dodson and more! The true embodiment of the phrase "madly in love," Harley Quinn may be stark, raving, cuckoo-pants crazy, but she is a woman who stands by her man. Filled with an inexplicable devotion to Batman's nemesis, the Joker, she's the Clown Prince of Crime's most loyal companion. But while her monstrous "Mistah J" may have led her to a life of crime, he also brought her comic book superstardom! It's been 25 years since she made her debut, but Harley Quinn's popularity continues to grow, spreading from animation to comic books to video games to live-action feature films, with no sign of slowing down.

HARLEY AND IVY THE DELUXE ED

This Land is My Land A Graphic History of Big Dreams, Micronations, and Other Self-Made States

Aquaman The Legend of Aquaman