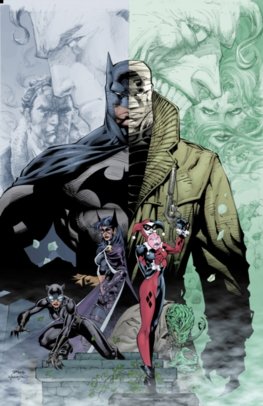 Gotham City is infected by a crime epidemic and all of Batman's enemies have emerged to throw his life into utter chaos. But little do they know that they're all pawns of the villainous Hush in an elaborate game of revenge against Bruce Wayne. As their battles continue, how personal will this fight get? And how will both Batman and Bruce Wayne keep the people he loves safe? Born from Jeph Loeb and Jim Lee's seminal classic Batman: Hush, this new villain has quickly embedded himself in the great pantheon of the Dark Knight's rich rogues gallery and is one of the most complex characters in all of comics.

Old Man Hawkeye 1 An Eye For An Eye