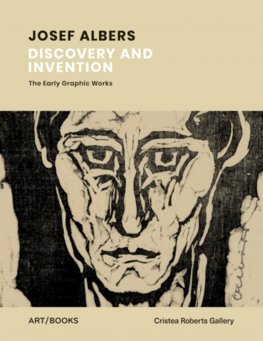 This publication considers Josef Albers' early development as an artist, beginning with the pre-Bauhaus years when he worked as an elementary school teacher in his native Bottrop in Western Germany, while sketching the landscape and architecture of his home town and studying courses in art by night. With a particular focus on works on paper, the book reveals not only the unappreciated naturalistic origins of his art, but also his ongoing interest in producing organic, surrealistic forms alongside the geometric abstraction for which he is best known. It presents dozens of prints, paintings and drawings from the first half of his career, as well as previously unseen photographs of the artist at work and on research trips to the ancient sites of Mexico where he found important sources of inspiration for his art and theories. With texts by two recognized Albers scholars, this volume offers a fresh and surprising view of a celebrated pioneer of modernism.
German-born artist Josef Albers (1888-1976) laid the foundations for some of the most important art education programs of the 20th century. In 1936, during his time working at Black Mountain College in North Carolina, he had his first solo exhibition in New York at J.B. Neumann's New Art Circle. In 1949, Albers left the college and began his famous Homage to the Square series. He taught at various institutions throughout America, including Yale University, New Haven. The Museum of Modern Art, New York, organized Albers' traveling exhibition in 1965 and a retrospective of his work was held at the Metropolitan Museum of Art, New York, in 1971. He died in 1976.