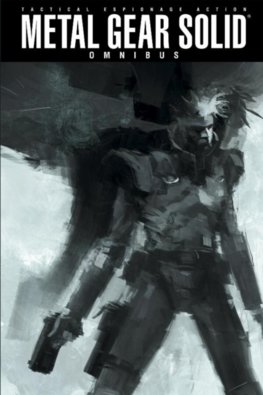 Solid Snake is back! Two of the greatest video games of all time, adapted to comics by cutting-edge creators and collected here in their entirety.

Metal Gear Solidand its sequel, Metal Gear Solid 2: Sons of Liberty, are among the most innovative and highly revered video games of the last twenty years. Now, the complete comic adaptations of both games are available in one volume. Return to Shadow Moses Island and the Big Shell with Solid Snake to do battle with Liquid, Solidus, Revolver Ocelot, Sniper Wolf, and an army of terrorists.