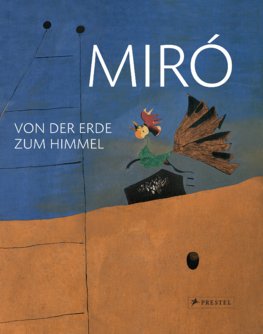 Known for his spontaneous and imaginative interpretation of the world around him, Joan Miro is one of the most popular artists of the 20th century. His carefree, almost childlike works are at once universal and magical. This beautiful collection of works is arranged chronologically, allowing readers to appreciate the evolution of Miro's themes based on his observation of nature and its transformation in his symbolic language. Each chapter opens with an introductory text and features full-colour illustrations. From his earliest, more figurative works such as Vegetable Garden with Donkey and The Church and Village at Mont-Roig, to more abstract works such as Catalan Peasant with a Guitar and Woman, Bird, Stars, the full range of Miro's oeuvre is on display. Readers will understand how Miro incorporated images of moons, stars, comets, birds, and women into his art, while appreciating his poetic interpretation of these familiar objects. Essays by Miro scholars as well as a text by the artist himself round out this celebration of a painter, sculptor, and draughtsman whose unwavering delight in ordinary objects is both infectious and inspiring. Exhibition, Albertina Museum, Vienna, 12th September 2014 11th January 2015.