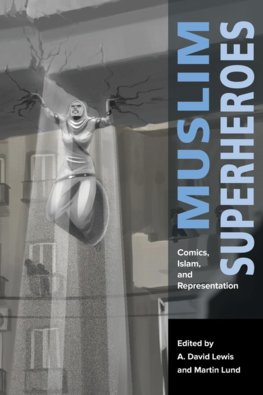 The roster of Muslim superheroes in the comic book medium has grown over the years, as has the complexity of their depictions. Muslim Superheroes tracks the initial absence, reluctant inclusion, tokenistic employment, and then nuanced scripting of Islamic protagonists in the American superhero comic book market and beyond.

This scholarly anthology investigates the ways in which Muslim superhero characters fulfill, counter, or complicate Western stereotypes and navigate popular audience expectations globally, under the looming threat of Islamophobia. The contributors consider assumptions buried in the very notion of a character who is both a superhero and a Muslim with an interdisciplinary and international focus characteristic of both Islamic studies and comics studies scholarship. Muslim Superheroes investigates both intranational American racial formation and international American geopolitics, juxtaposed with social developments outside U.S. borders.

Providing unprecedented depth to the study of Muslim superheroes, this collection analyzes, through a series of close readings and comparative studies, how Muslim and non-Muslim comics creators and critics have produced, reproduced, and represented different conceptions of Islam and Muslimness embodied in the genre characters.

The Dreaming 1 Pathways and Emanations The Sandman Universe