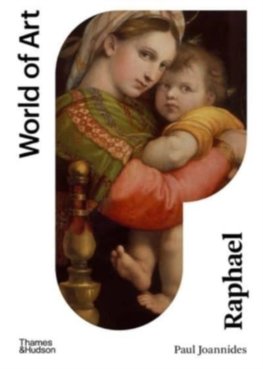 An authoritative introduction to one of the most influential painters in the history of art, written by the pre-eminent authority on the subject and informed by the latest research. More versatile and less idiosyncratic than Michelangelo, more prolific and accessible than his mentor Leonardo da Vinci, Raphael, though he died at only thirty-seven, is considered the single most influential artist of the Renaissance. Here, art historian Paul Joannides explores the different social and regional contexts of Raphael's work and discusses all aspects of his artistic output.

He traces Raphael's career from his origins in Urbino, through his altarpieces made in Umbria in the shadow of Perugino, to the first flowering of his genius in Florence where he painted a series of iconic Madonnas that are among the most beloved images in Western art. Raphael's employment by the dynamic and demanding Pope Julius II gave him opportunities without parallel and encouraged the full expansion of his genius. As a sophisticate entrepreneur, he dominated Rome's artistic life and extended the range of his activities to that of architect, designer, pioneer archaeologist and theoretician.

The foundation of Raphael's versatility and range was his supreme clarity of mind as a draughtsman. Knowledge of his drawings, on which Joannides is a leading expert, is central to understanding of his achievement, and they are thoroughly explored here.